The European Commission has published an amendment to the UCC Delegated Act (EU) 2015/2446 to allow for the declaration of goods up to 150 € using a declaration form that requires three times less data than a standard form. However, the amendment will abolish the existing VAT exemption for goods up to 22 €. 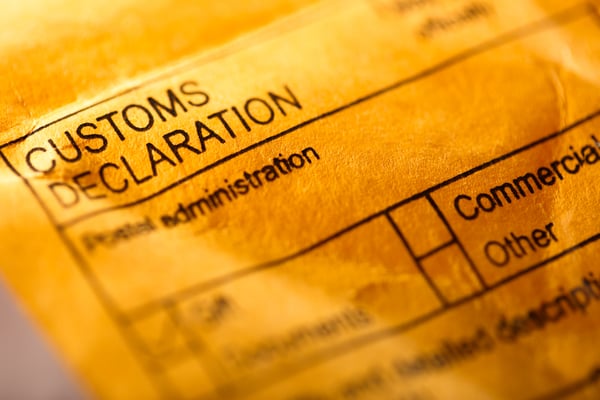 Currently the UCC Delegated Act states that goods with an intrinsic value not exceeding 22 € may temporarily be declared by simply presenting them to customs instead of lodging a customs declaration. The main reason for this is that most goods with a value of 22 € or less are granted an exemption from VAT by the Member States. However, Council Directive (EU) 2017/2455 abolishes this VAT exemption effective January 1, 2021. Consequently, all imports into the EU will have to be declared at the border using an electronic customs declaration in order to allow VAT to be levied.

Considering the huge number of low-value shipments that are imported into the EU, having to declare all imports will have a significant impact on both the declarants and the customs IT systems. In order to be able to handle this volume, the European Commission implemented a new amendment to the UCC Delegated Act, introducing a customs declaration form that requires three times less data than a standard declaration. The new form, which will take effect on January 1, 2021 in parallel with the discontinuation of the exemption for goods valued under 22 €, will be available for imports of goods up to 150 €. A threshold of 150 € was set because, in most cases, there is no customs liability for goods valued below 150 €. There are certain limitations to the use of the form, however. Goods subject to prohibitions or restrictions, for example, cannot use the reduced data set.

DECO: the new e-commerce customs system for the Netherlands