Brexit and the UK's customs chimaera 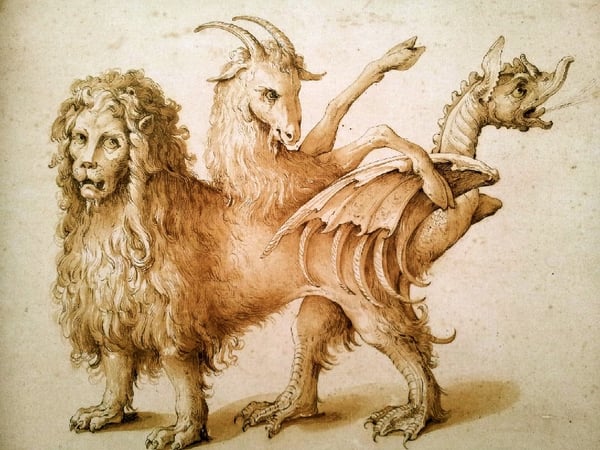 A 1590–1610 drawing of a chimaera attributed to Jacopo Ligozzi

Things got agitated last week on the Brexit front, when the UK published a White Paper about their position on the future relationship with the EU. The UK stated its ambition to establish a free trade area with the EU for goods, including the adoption of some EU rules, but only those necessary to provide a frictionless trade at the border. The document, however, does not clarify which are these rules or what is the criteria to determine which rules are necessary to provide a frictionless trade. As for customs, the UK insists on the idea of a Facilitated Customs Arrangement, a chimaera that would combine the EU and the UK in a hybrid model that retains elements of a customs union, while maintaining two distinct and separate customs territories. The idea is not completely new, it had already been advanced in the UK position paper on customs arrangements published on August 2017.

In terms of formalities and checks, the UK proposes to mirror the EU customs regime at its external borders. The UK argues that this would eliminate the need of customs formalities and checks between the EU and the UK because goods entering the EU via the UK would have complied with the relevant EU customs processes and paid the corresponding duties.

To leave or not to leave

This proposal reflects the deep divides that haunt the UK government. It attempts to reach the impossible: to formally leave the EU customs union while preserving the benefits of remaining part of it, namely no customs formalities nor checks. It boils down to a text that tries to appease both leavers and remainers, a contortionist manoeuvre from May’s cabinet. Yet, by putting forward a customs proposal that is not realistic, it does little to unlock the negotiations. The Commission has not yet commented officially on the White Paper, but it's very unlikely that this proposal would be accepted. Michel Barnier (Chief Negotiator - Brexit) has repeatedly stated that frictionless trade is not possible outside the single market and customs union and that no cherry picking would be allowed. Moreover, this concept of combined customs territories does not exist under WTO rules, which further complicates the negotiating scenario.

With less than 3 months to the October deadline, the UK White Paper leaves companies in the dark as to what the future relationship will look like. Without a workable proposal, acceptable for the EU, it will be hard to advance negotiations. Member States will discuss the White Paper in the Council meeting on July 20th, 2018, so we will soon learn the EU views on the UK position paper. We’ll follow closely the next chapters of the Brexit tale to keep you all informed and inspired. Stay tuned!