Meet the Customs Professional of the Year

To recognize the customs experts who play a pivotal role in strategically growing businesses through international trade and bringing them and their achievements into the public eye, ICC Belgium and Customs4trade (C4T) organised the very first Customs Professional Award. At the award ceremony on Thursday, January 23, 2020, we were thrilled to announce that Walter Van der Meiren, Regulatory and Compliance Director at UPS Europe took the stage to receive the honour of being the very first Customs Professional of the Year in Belgium in front of an audience of peers. 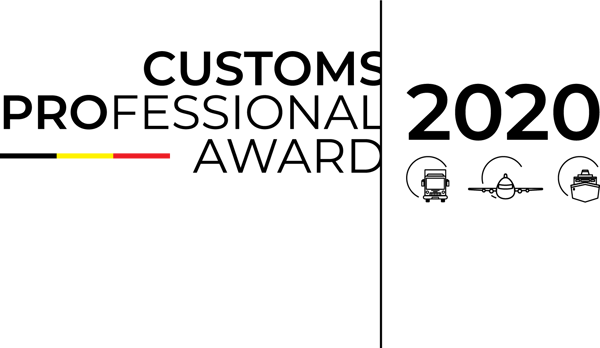 “This award honours the person that deals with the daily customs business with the motto ‘non desistas non exieris’ (never give up),” explained Kristian Vanderwaeren, Administrator-General, General Administration of Customs and Excise, FPS Finances.

In addition to the honour of being selected, Van der Meiren also won a EUR 500 travel cheque that can be used for any preferred holiday and a package of 18 e-learning courses offered by WCO (World Customs Organisation) Academy on relevant topics that include the Harmonized System, Customs Valuation, the WCO Data Model, Rules of Origin, the WTO Trade Facilitation Agreement (TFA), and SAFE AEO, worth EUR 7.950.

This is the first award of its kind, and customs professionals self-applied or were nominated by colleagues, noting their achievements and innovations as well as their vision for customs evolution in the future. A jury consisting of members of the National Forum for Customs in Belgium including Werner Rens, Abram Op de Beeck, Frederik Cappelle, and Frank Janssens selected eight candidates from the nominees as finalists to be voted on by their peers.

“We had high expectations based on the level of professionalism in the sector and the globalisation of trade in general, yet we were happily surprised by the high calibre of achievement demonstrated by the nominees. The competition was intense. Although the finalists clearly stood out as going above and beyond, the nominees in general were of an exceptionally high standard; we even increased the number of candidates that would be eligible for the public vote,” said Frank Janssens, president of the jury.

During the award ceremony at Microsoft 1K Zaventem Airport, sponsors and partners Microsoft, KPMG, and WCO emphasised the growing importance of customs managers. Johan Proost, President of FORWARD Belgium, dug deeper into the recently released Incoterms® 2020, which sets forth important standards in trade agreements. Customs professionals had a unique opportunity to meet the best in their business and share thoughts and insights into the future of customs compliance.

We were happy to announce the guests of honour of the evening, the Customs Professional Award finalists:

When they entered the stage, they provided their perspectives on their ambitions, their realisations as a Customs Professional, the reasons for which they applied for the Award and how they are putting customs on the map in their organisations.

Mathieu Maes, Secretary-General of the International Chamber of Commerce in Belgium and Pieter Haesaert, founder and CEO of Customs4trade, announced Walter Van der Meiren as the winner among of an audience of peers.

Maes commented, “Brexit and tariff wars have catapulted the topic of customs compliance to the world stage, however for decades customs managers have played a pivotal role in building our global economy.”

Pieter Haesaert, CEO of Customs4trade elaborated, “The world of customs has never been more complicated, with ever-growing global trade, increasingly complex agreements, and changes to the political environment driving more and more regulations. This award brings much-deserved recognition to these people who work tirelessly behind the scenes to further the growth of their organisations.”

The jury declared four women—and four men—as finalists. The jury pointed out that the women they declared as finalists have built and led the customs activities and professionalisation of their organisations singlehandedly. Yet in the end, the winner of the Customs Professional Award, Walter Van der Meiren, combines a strong personality with modern insights and a high work ethic. As Regulatory and Compliance Director at UPS Europe, he is responsible for all European countries, lodging millions of customs declarations per year, with compliance as a focus point. He builds the future by activities at the European Express Association, Business Europe, and as chairman of the AmCham EU ‘Customs and Trade Facilitation Committee'. He is also known in the World Customs Organisation, in which his contributions and insights are highly appreciated. The jury shared, “As the jury of the first Customs Professional Award, we want to mention that Walter surely deserves this award, supported by his strong campaign during public voting, and we want to congratulate him in the name of all jury members.”

All other nominees are also winners, as they have all been recognised, as gold or silver, and they received a tremendous applause from the audience. As the jury said, “Keep up the good work and make the world of customs proud of your efforts and accomplishments.”

We are so pleased to recognise these contributors to customs and trade, and are excited for the future!