Preparing for Brexit: 5 steps to ensure compliance with preferential rules of origin 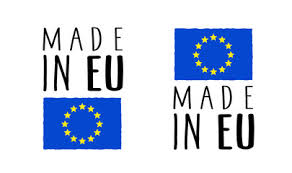 With less than 4 months to finalise the withdrawal agreement by October 2018, nothing is set in stone when it comes to Brexit. In the past weeks, the Commission sent a strong message and called all companies to step up preparations for all scenarios of Brexit, including a no deal one. Indeed, Mr. Barnier, the EU chief negotiator and Mr. Raab, the UK new Brexit Secretary still need to find a compromise on core separation issues, such as the Northern Ireland border, before the Withdrawal Agreement can be concluded. In this Brexit limbo, some companies have sounded the alarm to the British government in the past month. Airbus released a risk assessment stating that a no deal Brexit would most likely lead to unrecoverable delays amounting to a €1B weekly loss, a scenario that would force Airbus to reconsider its investments in the UK. Stephan Freismuth, BMW’s customs manager, said BMW would have to close its UK plants if supply chain would have to stop at the border, a statement that was later watered down by BMW’s special representative in Britain, Ian Robertson. More recently, reports state that Amazon’s UK boss warned about the risk of civil unrest as a consequence of a no-deal Brexit.

Like many other companies, Airbus and BMW have highly integrated supply chains, with parts crossing the channel many times. In this context, to prepare your company for Brexit, one of the key aspects customs managers should look at is preferential rules of origin. In a no deal scenario, the UK would become a third country and the EU preferential trade arrangements – FTAs, GSP and autonomous trade measures- would no longer apply to the UK. Materials originating in and processing operations taking place in the UK would no longer count as “EU content” for the purposes of establishing EU preferential origin.

As the Commission explained to stakeholders, on the export side, EU FTA partner countries, such as Mexico or Canada, may request companies to prove the EU origin of the exported goods, taking into account that UK inputs are not “EU content” anymore. As for imports, origin declarations might need correction as UK inputs used in the production of goods in EU FTA partner countries would not be considered as EU inputs allowing cumulation. This means that managing preferential origin will become increasingly complex and companies are at risk of having to pay higher customs duties upon exports from the EU, if UK components are used.

As a customs manager, the best approach is to prepare in advance so that you and your team understand the risks and take the appropriate measures to remain compliant. Check below 5 steps that you can take to prepare for Brexit in respect of preferential rules of origin.