What is Returned Goods Relief (RGR)?

Under the EU-UK Trade and Cooperation Agreement, goods that are shipped from the EU to the UK, stored in the UK, then re-exported back into the EU are not eligible for preferential treatment, as they do not have UK origin. However, under the Returned Goods Relief procedure, the European Union allows Union goods to be re-imported into the EU without payment of customs duty and value-added tax (VAT).

What goods qualify for RGR?

RGR is available to declarants that can provide documentary evidence that the goods:

If the value of your goods at exportation is increased by the treatment while abroad, you will be liable for duty at re-importation based on outward processing rules. However, if you can provide proof that the treatment was both unforeseen and necessary for the goods to be used as intended at export, full relief will be allowed even if the value of the goods has increased.

VAT relief only applies if the goods are re-imported into the EU by the same economic entity that originally exported the goods out of the EU.

Goods that are subject to Sanitary and Phyto-Sanitary (SPS) requirements will be treated as an import from a third country upon return to the Union and will be subject to full import formalities, including risk analysis, examination, and presentation of licenses. 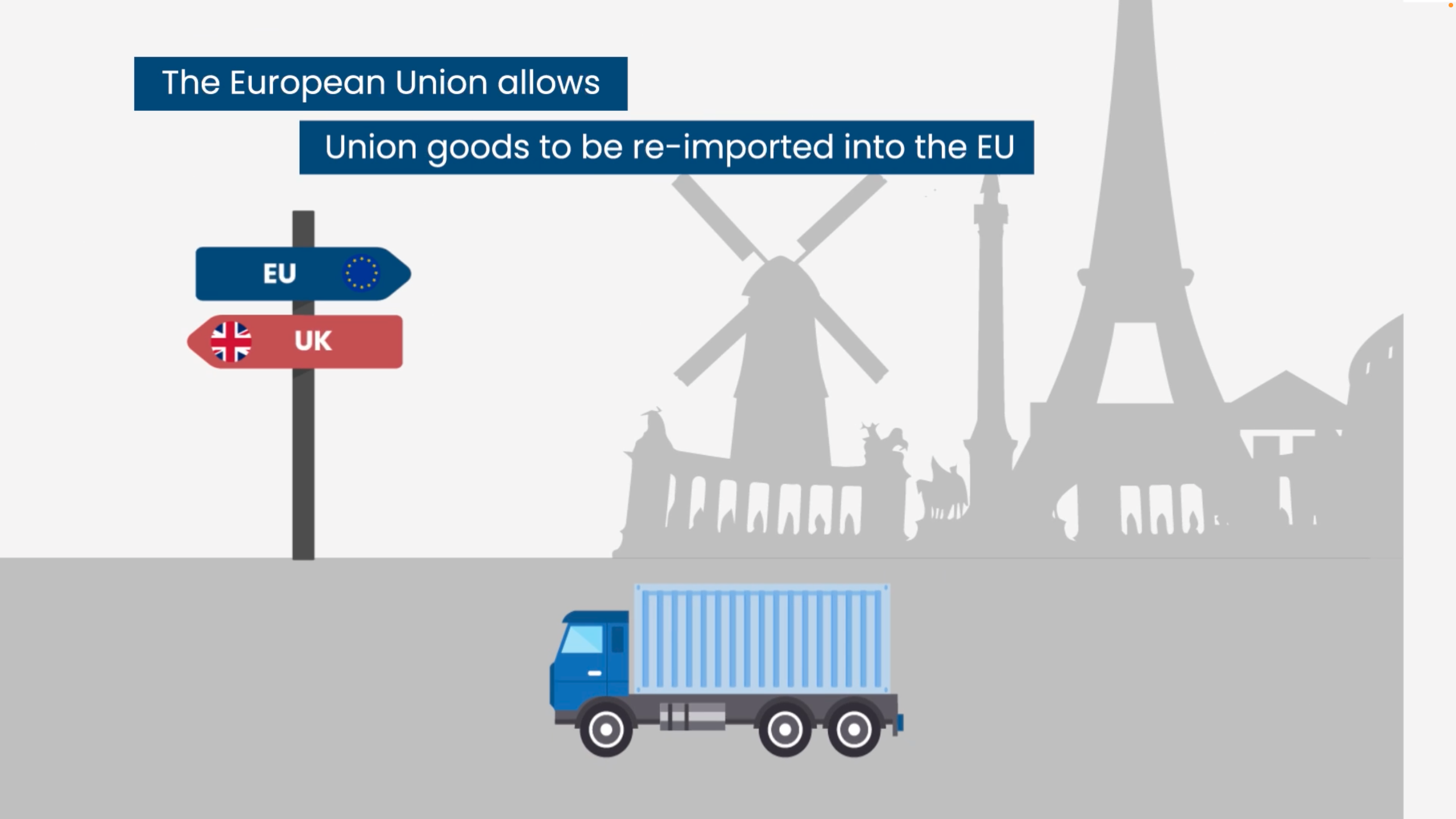 How do I prove the goods originated in the EU?

Documentation must be attached to the outside of the parcel and marked “Customs Documents”. Acceptable documents are:

For re-imports to the Republic of Ireland, Irish Revenue has confirmed that the audit trail housed in the CAS Special Procedures module satisfies their requirements to qualify for Returned Goods Relief, as CAS retains a certified copy of the export declaration. Therefore, no INF3 form is required. It is possible that the CAS Special Procedures module will also satisfy RGR requirements for other EU Member States, however in practice it has only been confirmed by the Republic of Ireland. CAS was absolutely key to our client meeting the requirements of the Irish Revenue Commissioners around Returned Goods Relief. We received confirmation from the authorities that the customs audit trail, the electronic access to customs declarations, and the link to batch traceability provided all the documentary proof needed to re-import goods without payment of Customs Duty and VAT.

How do I prepare?

In order to qualify for Returned Goods Relief, self-filing is required and all the data must be tracked in one single system, meaning the process cannot be executed by a customs broker. To take advantage of this opportunity for duty and VAT savings, you will require a digital platform like CAS to automate the process and produce the proof customs authorities require to grant preference. CAS supports the RGR procedure end-to-end, from export from the EU, import/export to and from the UK, and import back into the EU.

Qualify for RGR with CAS

CAS is connected to the relevant customs system in the respective country for declarations filing.

Avoid paying unnecessary customs duty and VAT on re-imported goods. CAS allows for fast onboarding so you can start taking advantage of RGR as soon as possible, without the need for a customs warehouse authorisation or the requirement for stock segregation.

Using our APIs, you simply execute a one-time CAS implementation and you will be automatically integrated with multiple countries and their customs systems. CAS is a single-platform solution for all your customs management needs. Contact one of our experts today to help you get started right away.

Save up to 90% on customs administration

Drive down costs, and speed up turnaround times for UK and European importers and exporters.