Dare to Dream Big: A Unified EU Customs by 2040

It has been over five decades since the Member States of the EEC decided to form a Customs Union that would abolish intra-community customs duties. This laid the foundation for the European Customs Union as we know it today. Now, we live in a world that is way faster and more complicated than when the Union was founded but the main goal has never changed: the protection of the Single Market and the European citizens. 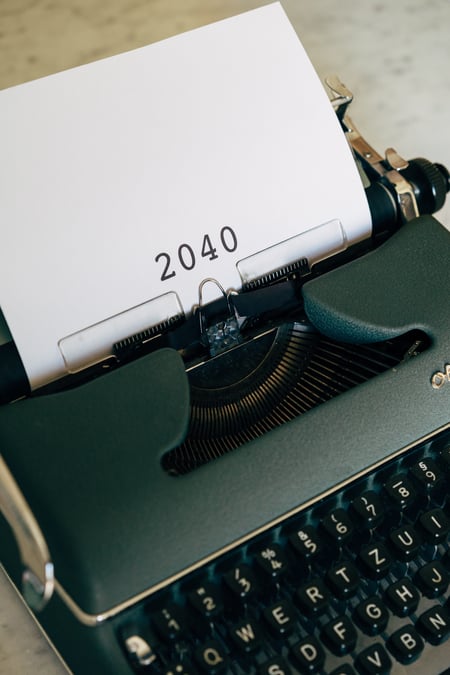 To assure that we as citizens and businesses of the Union have a strong framework in the future, an action plan for the next 20 years has been drafted by the European Commission with focus on four key scenarios:

The vision of the Customs Union for 2040 is an ambitious one but not impossible. The idea is to move from the mindset of customs in the EU to EU customs to promote unity and conformity. When drafting the proposals for the Customs Union in 2040, all foreseeable scenarios have been kept in mind so that the goals remain realistic.

Act as One, Seen as One

First and foremost, it starts with a recommendation to make a joint structure to manage EU customs. The different Member States have too many differences caused by lack of funding or too many stakeholders involved. As a simplification, it is proposed to introduce one institution that takes over the roles that are now held by national customs authorities. This would enhance the position of the Customs Union within the WTO and WCO and manage it at an operational level. It would aid traders in many different ways, such as tariff and quota deals, fewer barriers to trade, and less administrative burden.

It goes without saying that when acting in unity the Customs Union will have a stronger voice on the international level. To achieve this, the EU governance would also have to be enhanced to facilitate unity and create a joint structure.

Due to the emergence of new technological advancements such as AI and machine learning, the IoT, 3D printers, the use of data, and other technologies, there are a lot of new challenges for customs. The action plan advises to look into regulating this by harmonizing the IT systems of the Member States and eventually moving to one common system for all EU Members. We all need to be at the same level without any problems. Also, the Customs Union has to align with the developments within the trade sector and leverage all technologies within the sector. To be up to date, a large investment is needed but it is better to be proactive than reactive.

Taking customs to the next level

The business and trade support should be taken to the next level to ensure professionalism and continuity. AEO authorisation should become completely mandatory to enhance the relationship between legitimate traders and the EU Customs Union. To facilitate better trading, instruments such as the Smart Border Crossing, common sanction systems, and Single Window shall gradually be introduced as well.

When taking EU customs to the next level, it is also essential that customs officers are trained and taught about the new skills, therefore the EU will encourage the enhancement of skills and competencies of customs officers and other associated officials.

How do we move forward?

The next 20 years are difficult to predict and the EU knows this, thus the carefully thought-out plan contains achievable, sustainable goals. For now, the Union wants to start to ensure that by 2025 the full EU Multi-Annual Strategic Plan (MASP) is implemented with all of its IT systems in place. This will provide a proper foundation for the plans of a joint EU governance strategy regarding customs and profound progress on the roadmap to 2040.

The action plan calls for a substantial investment in IT advancements and creating unity. These go hand in hand, as IT advancements will make information and data more easily accessible. At C4T, we are pioneering that effort with a zero-touch customs management solution that goes beyond compliance. We are working diligently to connect our technology to the EU and beyond, making trade achievable and accessible to all.

Do you want to see what the future of customs looks like? Schedule a demo.